The case for regulator-HTA collaboration on RWE methodology standards 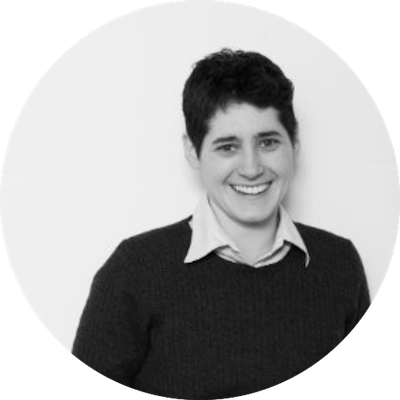 Regulatory and health technology assessment (HTA) bodies have announced their commitment to real-world evidence (RWE), and have made incremental progress toward setting standards around its generation and use.

However, recommendations have mostly focused on individual aspects of RWE—including where it can be used, considerations for data, and roles of stakeholders. Currently, there is no gold standard defining “high-quality RWE,” or when it should or should not be used in health care decision-making. Dr. Nicolle Gatto, Senior Vice President of Scientific Research at Aetion, presented on this topic at ISPOR 2020.

One challenge to developing prescriptive guidance on how to generate and use high-quality RWE in decision-making is navigating the different remits and evidence needs of decision-makers. In order to realize the potential of RWE to support and inform decision-making, it is essential that regulators and HTA bodies collaborate to develop a common set of standards to regulate the generation of RWE such that it is considered decision-grade for both groups. This can help mitigate the current challenges that downstream decision makers—like HTAs—face when evaluating evidence typically generated for more upstream approvals—in this case, by regulators.

The current landscape: Evidence requirements by regulators and HTAs‍
HTA bodies play an important role in patient access to new therapies; they assess the value of therapies and recommend if new drugs should be reimbursed by the health care system. As the last hurdle in market access—first hurdles being clinical development and regulatory approval—HTA bodies often have to base their assessment on the evidence base that was submitted for regulatory approval. This often doesn’t include data on the relative effectiveness of a product compared to standards of care in the HTA’s jurisdiction.

HTA agencies and regulatory bodies have different evidence requirements because they have different goals: Regulatory bodies determine if a drug is both efficacious and safe, while HTA bodies focus on the effectiveness of a drug within current clinical practice and patient populations. Because regulatory approval happens first, regulatory decisions and evidence requirements have a downstream impact on the evidence available for subsequent decision-making, for example, for HTAs’ value assessments. In addition, unlike regulators, HTA bodies do not have a legal framework to require evidence generation for their assessments, and thus are often limited to the evidence that was submitted for regulatory approval.

Lack of relevant evidence: Challenges for HTA bodies‍
The lack of “relevant evidence for HTA” can impede HTA bodies’ decision-making process. For example, regulatory approvals are often based on surrogate endpoints. When this information is submitted to HTA bodies, it creates uncertainties regarding the long-term effectiveness for patient-relevant clinical outcomes—and thus the value that the drug can bring to patients and the broader health care system.

Similarly, the absence of head-to-head trials and a reliance on placebo-controlled trials impact the HTA bodies’ ability to directly compare available treatment options. As a result, HTA bodies often have to rely on indirect comparisons to evaluate comparative efficacy.

But even indirect comparisons are challenging because of differences in study design, outcomes captured, and measurement. Upstream decision makers can help set evidence standards to increase the use of patient-relevant endpoints and enable opportunities for comparative efficacy and effectiveness assessments.

Steps forward: Approaches to collaborative RWE standard development
‍If manufacturers continue to generate evidence, including RWE, solely for regulators, the challenges HTA bodies face will likely perpetuate—and potentially amplify—with the increased use of RWE. As stakeholders actively develop RWE methodology requirements and determine how and when RWE can be used, there is tremendous opportunity for regulatory and HTA bodies to collaborate on standards and, where appropriate, develop consistent methods for generating and using high-quality RWE.

A number of regulatory and HTA bodies have recognized the need for collaboration:

As regulators and HTAs approach collaboration, there are a few key areas they should consider prioritizing, including:

As RWE adoption continues and diverse stakeholders contribute to advance the field, it is essential that any progress made toward methods or standards development is collaborative in nature.

In order for regulatory and HTA bodies to fully leverage RWE’s potential to inform decisions, they must work together to determine what evidence is necessary to meet both of their requirements.