RWE and the value equation:
U.S. health care purchaser perspectives on payment model evolution and the role of RWE 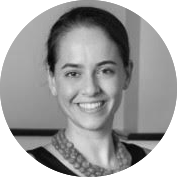 Much discussion surrounds rising drug prices—and the numerous parties affected. Out-of-pocket burden for consumers, particularly participants in high deductible health plans, has become unsustainable. The burden to Centers for Medicare and Medicaid Services (CMS) is ever-growing—and of course the center of much policy (and political) debate.

Perhaps less discussed is the burden to U.S. employers. Fifty six percent of Americans received their health insurance benefits through their employer as of 2017, bearing a significant brunt of drug cost inflation.

RWE can support the above stakeholders’ decisions on reimbursement and value of drugs and other clinical interventions, as was discussed at “Evidence at the Apex,” Aetion’s inaugural customer summit. Bill Geary, Co-founder and General Partner of Flare Capital Partners, moderated a panel capturing perspectives from a range of U.S. payers. This panel featured: Brian Marcotte, President and CEO of the National Business Group on Health; Kavita Patel, M.D., M.S., Vice President of Provider/Payer Transformation at Johns Hopkins Health System and former Senior Advisor to President Barack Obama; and Bob Sheehy, Co-founder and CEO of Bright Health and former CEO of UnitedHealth Group.

As a primary bearer of drug cost burden in the U.S., employers are challenged to understand and manage drug cost trends. According to Marcotte, employers see the pharma supply chain as "convoluted" and a "blackbox,” affording little transparency into the drivers of cost and value. Further, Marcotte shared, while only 1.5 percent of the employee population is affected by specialty drugs, this accounts for 50 percent of pharmacy spend and 15 percent (or more) of total employer health care cost.

Given the importance of managing drug spend, it is unsurprising that employers—and their benefits consultants—are looking to employ more sophisticated analytic methods to better understand drugs. Jumbo employers like Walmart, IBM, and General Mills have long since hired their own Chief Medical Officers to customize population health programs and other offerings for their employee populations.

Amidst this investment, there is an opportunity to better leverage analytics based on employees’ medical and pharmacy claims—beyond the analytics a pharmacy benefits manager (PBM) may offer. Specifically, employer benefits teams have the opportunity to hire or expand use of employee data to support formulary optimization, member benefit design, and other health care related decision-making.

As the U.S.’s biggest payer, CMS covers nearly 40 percent of Americans and over $250 billion in drug spend of U.S. total $320-500 billion, according to a 2017 Census report. Like employer groups, CMS is ultimately accountable for decision-making related to Americans’ drug access.

CMS guidelines determine requirements for Medicare plan coverage, including which drugs and drug classes need to be included on a given plan’s formulary. Thus, given the far-reaching consequences of a given CMS decision regarding treatment effectiveness, it is critical to consider the most recent RWE and analytic techniques to optimize recommendations for care. For instance, the public sector will continue to be a critical stakeholder on topics including reimbursement for high cost therapies. Per Dr. Patel, “I don’t like to say the government is your solution, but I think in this intersection [of payment for high cost therapies], it has certainly been a huge catalyst.”

While to date CMS has not actively opined on drug effectiveness (or value), it has an opportunity to leverage RWE to do so. For instance, CMS can utilize medical and Part D claims data to determine which classes of drugs are appropriate for which subpopulations, particularly in prevalent disease areas like diabetes. By analyzing which drugs (by class, and by drugs within a class) are most effective in terms of clinical impact and cost effectiveness, CMS can make better informed recommendations regarding formulary placement and access.

Another group that is most impacted by drug cost trends is the individual consumer. The move to high deductible health plans (HDHPs) has resulted in greater consumer participation in paying for their care and has pushed the drug cost debate to be top of mind. Enrollment in HDHPs rose dramatically between 2007 and 2017, from four percent to 19 percent for those with a health savings account (HSA), or 11 percent to 25 percent for those without. This trend contributes to an environment where Sheehy says "the three big issues for consumers are cost, cost, and cost.”

In this context, it becomes critical for consumers to advocate for the collection of data and evidence that accurately assesses the impact of drugs on individuals with similar characteristics. For instance, randomized controlled trials often overlook key subgroups: pediatric populations, those over age 65, or patients with multiple comorbidities. The opportunity to generate RWE is greater still in rare disease and other small populations.

While epidemiology and RWE generation methods are not generally sufficient to determine individuals’ treatment decisions, having a greater body of evidence to enhance consumers and caregivers' decision-making abilities will be critical to support greater effectiveness—and value—of care provision.