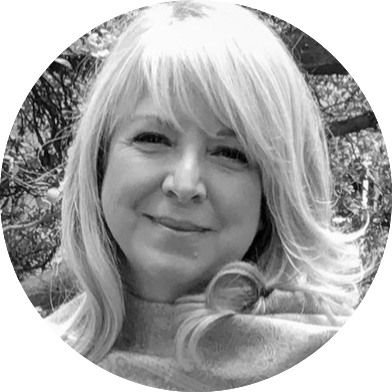 Five million people under the age of 25 in the U.S. are prescribed stimulants to treat Attention Deficit Hyperactivity Disorder (ADHD). While safety studies have long shown that these drugs increase the risk of psychosis, to date analyses have lumped together two types of commonly prescribed stimulants: amphetamine and methyphenidate.

Funded by the National Institutes of Health, the study is the first time this kind of analysis has been done with data from routine patient care—large data sets from commercial insurance claims—rather than with clinical trial data.

Existing safety studies of drugs prescribed for ADHD, however, do not differentiate between the two types of standard treatments. “What astonished me is that while prescribing of both types of stimulants is going up rapidly, there haven’t been any safety studies comparing these types,” says Moran. “Wouldn’t you want to know if there is a difference in the risk?”

“What astonished me is that while prescribing of both types of stimulants is going up rapidly, there haven’t been any safety studies comparing these types.”

Understanding the difference, says Moran, is urgent. Amphetamines (marketed as Adderall and Vyvanse) are prescribed over methylphenidates (Ritalin and Concerta) in the U.S. at “skyrocketing” rates in adolescents and young adults, says Moran. Also skyrocketing: the rate at which young people experience episodes of psychosis.

To differentiate the effect of amphetamines from a heap of other factors—patient age, prescribing patterns, cannabis use (also linked to psychosis), and an increased risk due to the diagnosis of ADHD itself—Moran considered the brain.

“All stimulants do two things,” says Moran. “They cause the release of dopamine from neurons. And they also inhibit the re-uptake of dopamine back into the synaptic terminal. The actions of amphetamine, however, is more consistent with what we see in psychotic patients. Amphetamine causes more of the release, whereas methylphenidate causes more inhibition of the dopamine transporter.” The action of amphetamine in the brain mirrors that of psychosis, while that of methylphenidate does not.

Psychosis, however, remains a rare event. A large cohort study, therefore, is needed to study it, rather than a randomized controlled trial. So, Moran turned to real-world data. “The benefit of doing these studies is this is how clinical practice actually occurs,” she says. “So, it’s more generalizable to what’s going on in patient care because that’s what you’re actually studying.”

Moran relied on the Aetion Evidence Platform to work with two large data sets of insurance claims data. “The majority of the work of doing a study like this is getting the data into the right format,” she says. “The platform cuts a lot of that time out so; you can get the study done more quickly. It’s also less error prone because when I’m writing programs, I could make mistakes.” The platform uses real-world data to quickly generate regulatory-grade evidence. It is also being used by the FDA in its on-going real-world evidence demonstration program.

“There’s not a lot of studies looking at psychosis as an outcome,” says Moran. Defining psychosis as a valid outcome in real-world data, however, isn’t straightforward. “You can’t rely on a diagnosis code alone because clinicians make mistakes in coding or use them when ruling out psychosis.” In reviewing charts as she designed the study, however, Moran realized that if a diagnosis code were coupled with a new antipsychotic medication prescription to define a valid outcome, “that actually worked very well.”

The study looked at patients age 13 to 25 years old with a diagnosis of ADHD who started taking amphetamine or methylphenidate between January 1, 2004 and September 30, 2015. In looking at the 221,846 individuals who fit the criteria, the researchers found a total of 343 psychotic events that required treatment with an antipsychotic medication on or within the first 60 days following the onset of psychosis. The analysis, which was adjusted for about 50 potential confounding factors using propensity score matching, showed that 237 events were in amphetamine users and 106 were in methylphenidate users. This translates to 1 out of every 486 patients started on amphetamine developed psychosis that required treatment with antipsychotic medication compared to 1 in 1,046 patients started on methylphenidate.

The study offers the first evidence that the mechanism of action of amphetamine, rather than prescribing patterns that favor the stimulant, may be driving the rise in episodes of psychosis among young adults.

Moran continues to explore the links between medication and psychosis. “I’m very interested in dose-response effects. Is there a certain dose range where amphetamines do not pose an increased risk?”

Also interested in the safety of stimulants in people with preexisting psychiatric disorders, Moran continues to explore the data. “I was just using the platform to look at bipolar disorder and saw that in one of claims data sets, 15 percent of patients who were diagnosed with bipolar disorder were prescribed amphetamine. The use of amphetamine is also skyrocketing in people with bipolar disorder, so I’d like to see if there’s an increase in treatment-emergent mania after people start stimulants if they have a preexisting psychiatric condition.”

Gale Pryor is the editor of the Evidence Hub.