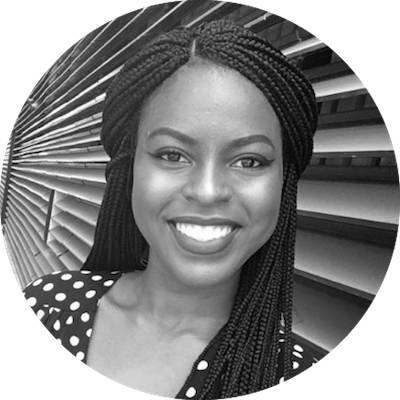 In 2009, health care data entered the digital age with the HITECH Act and the introduction of electronic health records (EHRs). Within a decade, paper records were all but entirely eliminated: By 2019, 87 percent of providers were digitizing patient histories in electronic health records. The promise of EHRs to improve patient care seemed limitless.

Forgotten in the excitement was interoperability: Ensuring that patients’ health records can be shared and viewed across all the sites of their care, regardless of the make or model of each EHR system. An incomplete view of health histories hinders clinical care—and diminishes the value of the health data in those records.

And that potential value is significant. While claims data are currently the most common source of real-world data (RWD), EHRs can answer questions that claims cannot. A wealth of longitudinal data points on lab tests, disease severity, and multiple diagnoses are locked in thousands of EHRs in provider organizations without an efficient way to extract and analyze them. When EHRs don’t speak to each other, patient data cannot be shared, exchanged or used cohesively across them. And in the uncommon instances they do, it’s not available in a common format, fueling skepticism for the utility and validity of any real-world evidence (RWE) derived from EHRs.

That is, until now.

Widespread recognition that most efforts to solve the EHR interoperability problem have been futile has led to the creation of Fast Healthcare Interoperability Resources (FHIR) standards by Health Level Seven (HL7), a non-profit standards developing organization. FHIR is a data exchange standard that facilitates the transfer of health care information in real time.

Designed to address the data-sharing aspect of the interoperability problem, FHIR has now been adopted as the industry standard. In April 2019, the Office of the National Coordinator for Health Information Technology (ONC) released proposed rules endorsing FHIR as the chosen instrument to advance interoperability. Moving forward, health care software developers, including the tech giants, will all use FHIR when creating application programming interfaces (APIs) that require certification.

“I think [the standardization of the use of FHIR] will take a little time to have a big effect. But the agreement on a popular modern standard to represent health care data, including a major focus on electronic health record data will be extremely enabling of the use of those data for multiple purposes,” says Kenneth Mandl, M.D., M.P.H., Director of the Computational Health Informatics Program at Boston Children’s Hospital.

Most significantly to biopharma, payers, and researchers relying on real-world evidence, FHIR will enable EHR data to be shared outside of health care settings and EHRs themselves. Currently siloed health care data will eventually become accessible to stakeholders in different industries.

“There's a general recognition that the data needs to be in more places than just inside the electronic health record. And I think that data liquidity is going to be very much enabled by the FHIR standard. This new rule that makes FHIR specifically the standard and not one of the possibilities for a standard is going to be very powerful,” Mandl, who is also the Donald A.B. Lindberg Professor of Pediatrics and Biomedical Informatics at Harvard Medical School, explains.

With efficient collation now possible through FHIR, EHRs can emerge as a source of RWD comparable to claims and billing data. At the very least, EHR data will become more complete and reliable, and inevitably, more useful in the generation of RWE—particularly when used in combination with data from other sources. This does not mean EHR data will be perfect. Just like any other health care database, EHR data will require rigorous validation.

In the pharmaceutical field, FHIR can propel RWE derived from EHRs towards becoming as indispensable as evidence from clinical trials. EHR data will constitute a rich mine for researchers to delve into and make more accurate and detailed analyses during drug development. In fact, according to the Food and Drug Administration, medical product developers are already using RWD and RWE from sources like EHRs to support clinical trial designs—a practice FHIR will accelerate and optimize.

The recent standardization of FHIR is just one of the many avenues through which novel data sources are becoming more accessible, more actionable and more valuable—a development essential to transforming all healthcare sectors, including pharma, into value-based, patient-centric systems.