Leading change at Pfizer:
A conversation with Chris Boone 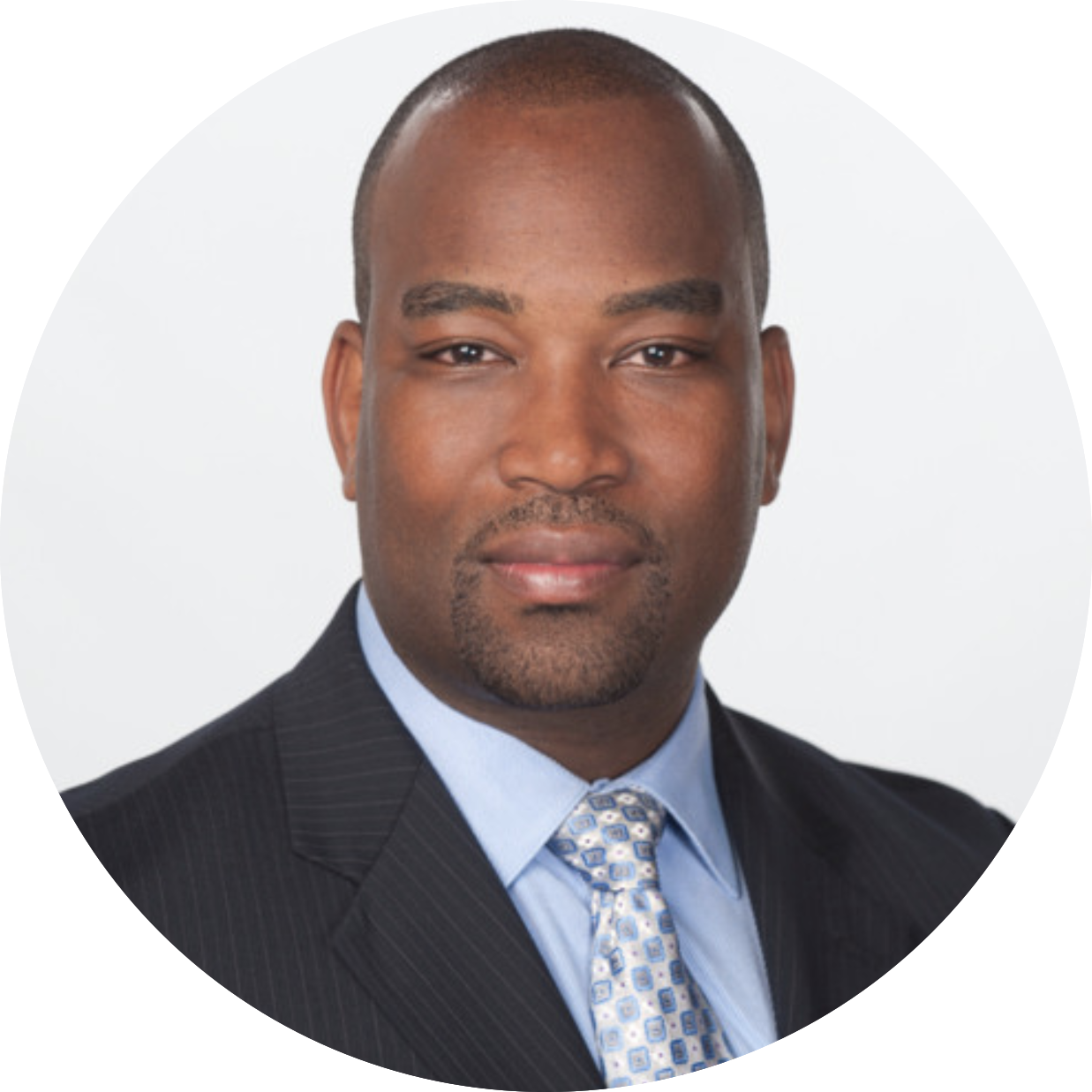 As costs soar and patients wait, forward-looking pharmaceutical companies are exploring new approaches to developing drugs faster and with value in mind.

At Pfizer, much of this exploration of alternative solutions begins with Chris Boone, Ph.D.. Following several roles leading health systems in the early years of informatics, Dr. Boone joined the American Heart Association to manage digitization of clinical registries. He served on the Obama administration’s Federal Health IT Policy Committee and led the Health Data Consortium before joining Pfizer to lead their Global Real-World Evidence Center of Excellence. In that role, Dr. Boone is expanding the strategic use of real-world data across Pfizer, an urgent and challenging task for an executive who thrives on change-making.

In December 2018, we asked Dr. Boone about his mission—and his expectations for the impact of real-world evidence (RWE) in life sciences. Here is our conversation:‍

Q: So, from the very beginning the through-line in your work has been using data and informatics to move health care forward. How is that continuing at Pfizer?
A:
When I first joined Pfizer, there was still mass confusion about what real-world data and real-world evidence actually were. Many people were conflating or confusing the terms with other nebulous terms, such as "big data." Clearly, this was a huge opportunity for my team to launch a coordinated educational campaign to lay out what real-world data is and what it is not. The remit of Pfizer’s Global Real-World Evidence Center of Excellence (CoE) was to catalyze the idea of real-world evidence throughout the organization until it was embedded in the strategic agendas of each and every major division within the organization. Moreover, the CoE is responsible for capturing and disseminating all the key lessons learned, best practices, and knowledge generated with the RWE studies. Now the task is to institutionalize the thinking and practice of real-world data analytics across the organization, rather than centralize the capability.

Q: Have you succeeded? How do your colleagues think about real-world evidence now?
A: Well, I’m firm believer that this is a journey, not a destination. In fact, I’m also a believer that my goal is to work myself out of a job. If my role exists in its current state in five years, then I have not done my job effectively.That said, I think we are starting to see traction but are not there yet,so no need to fire me just yet. In fact, we’re moving into a stage of maturation where data analytics is democratized and will be everybody’s job, not just a siloed group performing analytics for the rest of the organization. It’s like Facebook. Does Facebook have a chief digital officer? No, they don’t. Because digital is who they are and what they do.

Nonetheless, I do believe we are getting closer. We’ve recently shifted to an operating model where our real-world data scientists—who are also experts in specific therapeutic areas—have joined the leadership teams of different commercial teams. In oncology, for example, we have a bioinformaticist who specializes in oncology and real-world data. She has effectively integrated herself in that organization and has contributed greatly to the establishment of a clear vision and strategy for real-world evidence generation in that business. Those business-unit level data strategies ultimately feed into an enterprise strategy for real-world evidence generation. I do not believe the top-down approach is effective when you're talking about a real-world evidence strategy in a global company the size of Pfizer. You have to develop division-specific strategies that bubble up into an enterprise strategy.‍

Q: Was there resistance to that approach? And how do you overcome it?
A: When I arrived, there was resistance from certain groups who would make statements like "We're the real real-world data team" or simply from those who did not want to embrace the change that was now upon us. Quite frankly, there is still skepticism about the usability of RWE among traditional trialists (i.e., scientists) on the research and development side; however, I tend to think that cultural resistance should be expected in a rather risk-averse industry.

So, we are  making a concerted effort to show them the types of studies that can be done with real-world data. We are actively promoting, scoping, designing, and/or conducting pilot studies, with partners like Aetion, and our colleagues on the commercial and development teams. An example is to try to replicate the results of a randomized control trial and see what we come back with using real-world data. At the end of the day, all trialists are scientists and they need scientific proof.

Progress is being made, though. Recently, I discovered that our development organization was actively developing a strategic program where RWE was playing a critical role in the future of the organization, which I think is significant for the advancement of the science. Some may still view it as just a complementary data set or evidentiary base to randomized controlled studies, but I think it has the potential to replace RCTs someday. But that’s the nature of cultural re-engineering and transformation. It requires a lot of patience, a lot of education, a lot of praying and meditation and soul-searching—whatever it takes to get yourself through. I’m confident that as everyone gets more familiar with what real-world data really means and the types of studies that can be done, we'll see an increase in adoption.‍

Q: What is the next step?
A: We have to move beyond calling it real-world data; at the end of the day it's all just data that generates evidence to inform decision-making. As the rest of the divisions design their own real-world evidence strategies, Pfizer is actively building a new digital and technology organization where we are going to look at not just real-world data, but data itself. It’s part of a massive reorganization—a huge digital transformation initiative—to reimagine the business and operating models of pharma and position Pfizer for the long-term.


Q: How can real-world evidence deliver more value at the asset level for pharma companies?
A: When we talk about the use of real-world data, in most pharma companies it's about clinical trial optimization, site targeting, and patient identification. We're still trying to figure out what a pragmatic clinical trial really looks like and what it should cost. Right now, PCTs are still extremely expensive. So, we need to crack that nut of lowering the costs of those studies to reap their actual benefits.

At the end of the day, it is about business value and impact. Our senior leaders are investing millions and millions of dollars in this space and I’m confident they would like to see some direct ROI from that investment at some point. And one of the more impactful ways to make that happen is by focusing at the asset level and by focusing on our pipeline: oncology, inflammation and immunology, vaccines, and within rare disease—specifically hemophilia, sickle cell, and cardiomyopathy.

That’s where we’ll find the innovative medicines that are the future of Pfizer. And that's where we need to adopt and effectively utilize real-world evidence.‍

Q: Could you comment on the changing relationship between pharma and payers in a value-based landscape?
A: Several studies show that payers and providers do not trust evidence generated by pharma companies alone. So, we need to foster strategic collaborations with payers in which we co-create the necessary evidence—and we must be transparent in how we generate evidence.

While value-based arrangements are one way, the real question is, what other opportunities and what immediate business value does RWE have for pharma? And I think the answer is two-fold: (1) use of RWE for regulatory submissions, and (2) the use of RWE for health technology assessement and payer coverage determinations/reassessments. Now I strongly believe the prevalence of value-based contracts will only increase in the new value-driven world, so we must figure out how best to address the lingering concerns, such as the difficulty of collecting outcomes data or the identification of mutually agreed upon clinical measures. It is definitely the future and will be critical to how we communicate the benefit of our therapies to patients.‍

Q: What do you ask of your external partners and vendors in advancing real-world evidence?
A: Great question. We want to work with external partners that are truly partners, which means they are actively sharing best practices and insights that help us achieve our strategic objectives, continuously teaching us things we do not know, and delivering world-class tools and services. Granted, it would be nice to have partners that understand our stakeholders; for example, serving as a bridge between Pfizer and payer organizations as we seek to generate RWE in a value-based world. One of my core responsibilities is to evangelize the use of real-world data to stakeholders with clear use cases. In order to do that, I really need strategic partners more than vendors and they need to fully understand our business, know what is in our pipeline, and have an ability to identify specific use cases that advance our efforts. ‍

Q: Last question: your Twitter handle is @DataHippie. Please explain.
A: Back in 2014, while I was leading the Health Data Consortium, I came up with the name. We were all about democratizing data, getting all sectors in health care to share their data for the public good – it’s all about love, sharing and giving, right? I was like, this is a hippie movement! So, I came up with that handle and it stuck. Now I can't change it because everybody associates it with me. They may not even know my name, to be honest, but they know Data Hippie.