Evidence at the Apex:
Five learnings from the first annual Aetion Summit 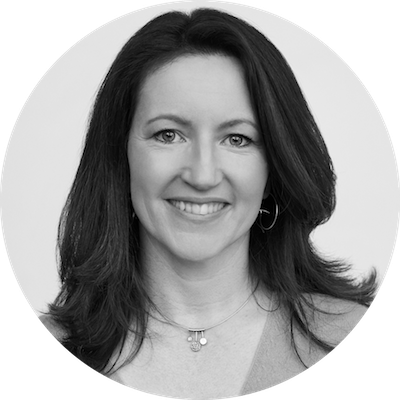 Last month, the inaugural Aetion Summit in New York City brought together some of the best minds in health care for a dialogue on real-world evidence (RWE) and its transformative role in the development, delivery, and payment of treatments. This year’s forum—“Evidence at the Apex"—kindled honest and thought-provoking conversations among changemakers shaping the future of the industry.

There’s so much we can do with the data and technology at our fingertips. That’s why we assembled leaders from the scientific community, biopharma manufacturers, health insurance plans, and providers to help “lift the fog” by openly naming the challenges we face. Indeed, the fog began to lift almost immediately.

From the role of the regulator in technology, to scientific methodology and systemic change, the conversations tackled some of the most pressing topics we face today.

Over the next few months, we will share learnings from the Summit. I’ll kick us off. Of all the urgent conversations that took place over the two days, these themes stood out to me.‍

1. A sentiment shift at the FDA with respect to new methodologies has opened the door for RWE.‍
Scott Gottlieb, M.D., former Food and Drug Administration commissioner and Aetion board member, shared that a cultural change within the agency has been driven by technology-enabled opportunities. The FDA has been writing the modern rules for how innovative new products and tools can be regulated and brought to patients.

“The questions that we were trying to answer and the products in development didn't lend themselves to the traditional, frequentist approach to conducting clinical trials,” Dr. Gottlieb said. “And so, we had to think of different constructs.”

Focusing on RWE, Dr. Gottlieb said, “An agency embracing things like RWE allows development itself to be more efficient. [When I was at the FDA] we significantly upped resourcing, and a lot of that went toward new paradigms. This is a reflection of where the agency wants to be making investments.”

The FDA is developing a roadmap for fully incorporating real-world data (RWD) and RWE into the regulatory paradigm, said Dr. Gottlieb, stating that it is a top priority. As for the guidelines we anticipate from the FDA in 2021? “It might even be before that. When the agency states when a guidance document is expected to come out, it's a conservative estimate.”‍

2. Standard-setting in RWE will require a collaborative, multi-stakeholder, incentivized effort.‍
In a panel on using RWD and RWE to advance treatment, approval, and payment in cancer care, we discussed the power of “lost data"—patient data that goes unreported due to the amount of time required to process and share it, which represents a lost opportunity for health care stakeholders to learn and benefit from its insights.

“That data is lost to everybody,” agreed Steven Pearson, M.D., Founder & President, Institute for Clinical and Economic Review (ICER).

Deborah Schrag, M.D., chief of the Division of Population Sciences, Medical Oncology at Dana-Farber Cancer Institute and professor of medicine at Harvard Medical School, expressed hope that this challenge can be resolved by standardizing protocols. Collaboration across all stakeholders—including physicians, patients, health insurers, and regulators—is key to developing and adopting these standards.‍

3. Causality is not something to fear in observational research, and researchers can ensure causal design of studies by emulating a target randomized trial. ‍
The word “causal” is wrongly considered a “dirty word,” in observational research says Miguel Hernán, M.D., Kolokotrones Professor of Biostatistics and Epidemiology at Harvard School of Public Health. Many who work on determining causality hide behind words like “estimates” and “association” instead.

“Refusing to use the word ‘causal’ completely misses the point,” says Dr. Hernán. When we don’t explicitly state our causal study aims, we don’t have a discussion about the methods we’re using to establish causality—which are different than those used to estimate associations.

How can we be sure we’re asking a causal question? Dr. Hernán explained through the framework of the target trial: Designing an RWD study to emulate a hypothetical randomized trial with all of the criteria a researcher aims to evaluate.

“The business of the target trial is an attempt to bring people into the causal world, and to be explicit about causal inference,” said Dr. Hernán. “By sharing your target trial, you share your causal estimate. And once you know the causal question you are asking, the analysis flows.”‍

4. Real-world data allow us to look at effectiveness more broadly, to provide whole patient care.‍
The health care system needs to be transformed to capture and utilize data that convey a person’s health in the context of their whole life.

Whole patient care demands understanding all of the challenges and problems an individual faces. Consider lack of food and housing security, which can make an individual vulnerable to infectious disease. Exposure to violence and access to education are other important contexts that should broaden the dataset. Whole patient care can also mean understanding the goals of patients and their families; what are their most desired outcomes?

Dr. Gary Gottlieb says he’s hopeful that changes to policies and payment structures will allow us to transform the system toward effective population management, and to orient toward the “management of health rather than transactions in illness care.” And that RWE plays a critical role in doing so.

“What if we’re able to look even more holistically at defining an intervention, so that it’s not just a medication? It could be a combination of medications, or a care management program. RWD starts to create the basis for precision precision-based medicine and reduces the uncertainty [in decision-making].”‍

5. Health technology assessment (HTA) agencies like ICER are actively engaged in identifying how RWE can and will assess value.‍
The speed of innovation and the way that drugs are coming into the market create an environment that calls for a more efficient system of tracking evidence through time.

But most health professionals are trained “in a generation of clinical epidemiology in which ‘good’ evidence doesn’t look like RWE,” said Dr. Pearson of ICER. HTAs like ICER are jumping on the opportunity to understand where good evidence comes from—and how it can be vetted. “To a certain extent, we serve as a bridge between what the FDA is doing and what payers are thinking.”

Fog lifted, insights gained, and conversation to follow‍
Aetion’s Evidence at the Apex Summit was just one move in the momentum build and we are grateful for all of our guests joining and leading the conversation. Exciting days are ahead as industry adopts principled, data-driven approaches to determine what health treatments work, for whom, and what we should pay for them.