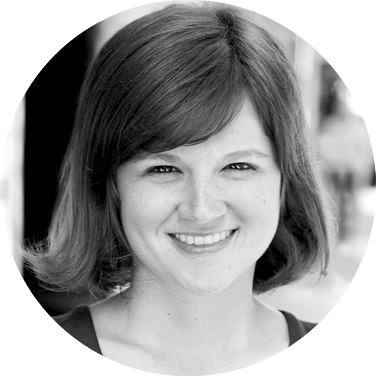 Two weeks ago, researchers at NYU published new findings on how objects move against a current, identifying the mathematical explanation for how some manage to navigate an unexpected path.

Concurrently, at the annual HLTH conference in Las Vegas, health care disruptors presented their bold visions for transforming the field, which often requires movement up stream.

Mark Cuban announced his bets to disrupt today’s incumbents, including moves to manufacture and sell drugs as a private benefit corporation in order to combat price gouging. Flying in the face of today’s power brokers, he stated, “you don’t have to be THE leader to be a leader.” Meanwhile, Walmart’s Marcus Osborne, VP of Health Transformation, described a future in which the retail giant sidesteps today’s health care delivery systems by providing all basic services, from women’s health to dental — and even printing dental crowns on demand while we shop. And where customers can access behavioral therapy for $1 per minute.

While HLTH explored nearly every health care pain point, real-world evidence (RWE) was a hot topic, with a few stand-out examples of organizations who are truly moving the space forward. ‍

FDA is shaping a new data paradigm‍
Most notably, Amy Abernethy, M.D., Principal Deputy Commissioner of Food and Drugs at FDA, spoke to the agency’s plan to issue data standards. Right now, FDA is working on the forthcoming Technology Modernization Action Plan (we recently covered it here), which will focus on building the agency’s technical infrastructure and processes — an effort that will take 12-18 months to execute.

Dr. Abernethy said a data plan would be their “stage two” effort to inform the creation and collection of quality medical data. She believes that once FDA defines what high quality data looks like, medical devices, electronic health records (EHRs), and other forms of data collection will follow suit.

“We need to provide advice on data quality. When used for medical product review, it reverberates across the entire health care system, providing CMS, other payers, health systems, and clinicians an understanding of what high quality data looks like, Dr. Abernethy said. FDA has emerged as a leader among both U.S. and global government agencies in defining what constitutes high quality real-world data (RWD) — and we’ll be watching closely as these standards develop and sharing updates with you. ‍

Pharma is using RWD to impact clinical care‍
Lidia Fonseca, Pfizer’s Chief Digital Officer, presented a bold view for the role of data in decision-making, admitting that to date, digital changes have been incremental, with modest results. She shared a commitment to bigger change ahead, describing the data imperative as their “biggest”: “We need to unlock the value of the data that we have…so we can deliver it as insights, so people can make better decisions — whether its a patient, or a regulator. We need to make it available at the right time, so it can drive better and faster decisions.”

During an afternoon where buzzwords such as “ecosystems” and “blockchain” were easily thrown about, her ideas were grounded in practical reality. She described an algorithm their team developed in partnership with a payer, to identify which patients might benefit most from a drug for a rare disease. They’re now working with integrated delivery networks to incorporate the algorithm into EHRs to make it available at the point of care.

On a separate panel, Chris Boone, Lead for Global Medical Epidemiology & Big Data Analysis at Pfizer, spoke of their commitment to go beyond commercial applications of real-world evidence. He’s leading an effort to expand the use of RWE in the drug development process, with the recent Ibrance example as a signal of more to come.

The work of both Fonseca and Boone points toward the broad potential for collaboration across payers, providers, pharma, and regulators built on shared evidence derived from patient data sources.‍

Tech players are pushing what’s possible‍
In a session on the democratization of cancer care, panelists were united in their enthusiasm for RWE’s role to speed clinical discovery in oncology. Notable Labs co-founder, Matt De Sliva, described how the startup is using RWE to validate the use of genomics to predict outcomes in cancer treatment. They recently registered an observational trial on clinicaltrials.gov, in which they’ll match biospecimens with clinical data from 1,000 patients, to monitor changes in sensitivity to treatments, and correlate that with genetic biomarkers. It’s an exciting harbinger as we move toward incorporating genomics profiles as a standard source of real-world data.

And in a session titled “Real world evidence for value-based care,” Aetion’s CEO, Carolyn Magill presented a bold commitment to science as a means of aligning stakeholders. In an environment where many talked about democratizing access to big data but few talked about how to derive insight, she shared a vision for using principled epidemiology and transparent processes to identify causal associations from large data sources.

Magill provided an example of where we are today: “Two researchers have the same data set, and the same question, without a platform, they will likely come up with different answers.” As the use of real-world evidence for high stakes decision-making increases, it’s imperative that study sponsors provide transparency, record assumptions, and enable other stakeholders to replicate their research.

Advancing RWE’s use and impact across our health systems will demand new ways of thinking, and the ability to challenge the status quo. We invite you to share your own ideas for moving the field forward; we’d love to feature them here, please send to evidencedigest@aetion.com.